I was (not so recently) tagged to participate in my first ever book tag! For those not familiar with them, essentially they are a list of prompts centering around a theme and whomever is tagged gives their answers. There are a couple of rules: One must always give credit to the original creator, and link back to the person who tagged you. But that’s it, simple as that!

This one was created by Clémence at Clemi’s Bookish World

And a great big thank you to Sophie at Blame Chocolate for tagging me!!

NARNIA- A magical world you would like to visit?

Middle Earth. Hands down. Seriously, how could you not want to visit the Shire?

THE MAGICIAN’S NEPHEW – A book you think is underrated?

I feel both of Laura McHugh’s books would work for this one. I don’t know, I just really like her writing style and she writes a really good mystery with plenty of character development and vivid settings.

THE LION, THE WITCH, AND THE WARDROBE – A classic that you love? 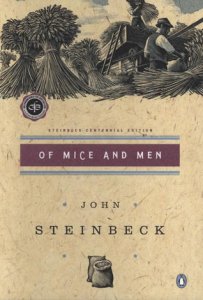 Of Mice and Men by John Steinbeck is one of my favorite books of all time. I try to read it every year, and I still cry at the ending.

THE HORSE AND HIS BOY – A book you picked up without knowing what it was about?

My dad had seen the movie and told me to read the book. Which is something he really never does. So I didn’t ask questions, I just read it. So glad I did, I loved it!

PRINCE CASPIAN – A sequel that you loved?

Instead of just sequel, I’m going to extend this to sequel series. I loved the original Mistborn trilogy, and Sanderson is seriously one of the best world builders I have ever read. What he did to change the world from the magical, medieval world to a gunslinger wild west vibe was amazing and seamless.

THE VOYAGE OF THE DAWN TREADER – A quest you’d like to be a part of?

I had to really think about this one. I don’t think I would be very useful on an epic quest and probably wouldn’t fare too well in life or death situations and battles, so Watership Down seems about the right level for me.

THE SILVER CHAIR – A book you didn’t expect to love? 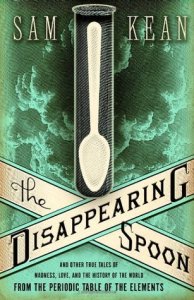 I went into this book thinking it would be just a list of fun facts about the elements, but was blown away with how wrong I was. The Disappearing Spoon contain a rich history and intriguing narrative on the discovery of the periodic table. I learned so much and came away with a greater appreciation for chemistry.

THE LAST BATTLE – A perfect ending to a series you love?

I have a bad habit of never finishing series. I have no good reason for doing such, but there it is. As such, I had very few series to think through for this prompt. While not a perfect ending, I felt that Laini Taylor did a pretty darn good job with this series.

THE PEVENSIES – A siblinghood of friendship you’d love to be a part of? 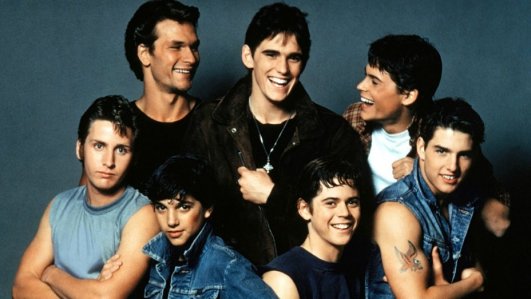 So probably not the best group of people to be around, but when I was a preteen I wanted to be part of this group (as they were particularly missing a girl in the group). This book was so influential on me, and I’ll admit to having more than a small literary crush on Dally.

EUSTACE SCRUBB – A character who grew on you?

Neville Longbottom all the way for this one. I didn’t think twice about him in the first novel, but by the end he was one of my favorite characters.

Hmmm… I’m gonna have to be super girly on this one and say unicorns and fairies.

CASPIAN – A character with regal qualities?

I mean, how could I not put Aragorn for this one?

Oops… I’ve turned this into a LOTR list… No regerts.

THE WARDROBE – Your favourite hideout/place to read?

I will read almost anywhere. One day I would love to make the most comfortable reading nook (in my library that has ladders reaching to the ceiling). But for now, my favorite places are my couch, my bed, or the reclining chair next to my guinea pigs!

Now it’s my turn to tag bloggers to complete the tag, so I tag:

You are under absolutely no obligation to actually do the tag, and anyone else can join in if they want!